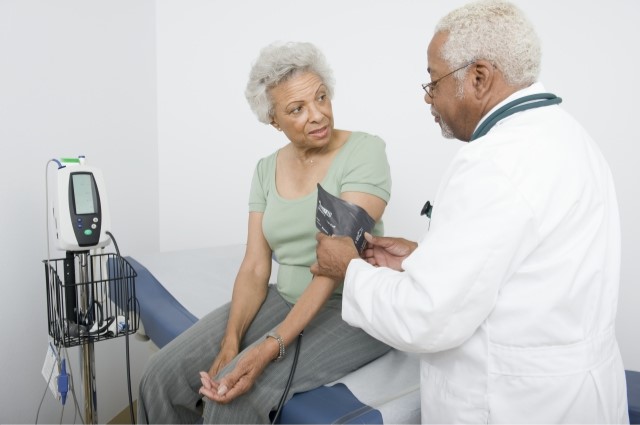 Low blood pressure, also known as hypotension occurs when BP is lower than normal during and after each heartbeat. At this point, the brain, kidney, heart, and other body organs receive inadequate amounts of blood and oxygen.

What is Low Blood Pressure?

What are the Types of Blood Pressure?

Hypotension is broken down into different categories, depending on the causes. Some of the types include:

This is characterized by a sudden drop in blood pressure upon standing up from a lying down or sitting position. It occurs when blood forms a pool in the legs as a result of gravity. In normal situations, the body fights to direct blood to the brain by constricting the blood vessels and increasing the heart rate. This compensating mechanism fails in patients with orthostatic hypotension, leading to a blurred vision, fainting, and dizziness. Postural hypotension can be triggered by diabetes, pregnancy, dehydration, and antidepressants. Although it can also affect young adults, it is more common in elderly people.

This occurs as a result of faulty brain signals. It can occur after standing for extended periods and is common among children and young adults. Neurally mediated hypotension is triggered by a miscommunication between the heart and the brain.

This is a sudden drop in blood pressure and occurs after eating. It is common among elderly people and happens when blood flows into the digestive tract. People with hypertension and those with automatic nervous system disorders are at a higher risk of this type. A healthy body constricts certain blood vessels and increases the heart rate to maintain a normal flow of blood. However, these mechanisms fail in some people leading to episodes of dizziness and fainting.

This is also known as Shy-Drager syndrome. Damage to the nervous system, which is responsible for controlling involuntary functions such as digestion, breathing, heart rate, and blood pressure can cause hypotension.

Blood Pressure when a Person is Approaching Death

The normal range of systolic blood pressure for a healthy adult should fall between 90 and 120 millimeters of mercury (mm Hg). Diastolic pressure in normal adults falls between 60 and 80 mm Hg.

A blood pressure reading lower than 90/60 mm Hg is considered low blood pressure. In other words, if the top number (systolic) is 90 mm Hg or less regardless of the readings of the lower number, the patient could be approaching death. However, low blood pressure does not always mean that death is imminent.

If the bottom reading (diastolic) is 60 mm Hg or less, the patient could be dealing with low blood pressure regardless of the top readings. This is too low to deliver enough nutrients and oxygen to vital organs, including the kidney, brain, and heart. Low blood flow can cause temporary or permanent damage to these organs and may progress to death. A Hospice care team should asses all symptoms in their totality to give an exact death range.  Understand that what is considered low blood pressure for one person may be normal for another. Usually, it is considered to be low only when followed by symptoms.

When confronted with approaching death, many people are not sure of what to expect. Most patients are not certain of the time left. Because sometimes patients do not cooperate with the doctor’s predictions, the diagnosis about the time left for the patient to live is not always accurate. Despite the statistical averages not matching with individual cases, several signs of approaching death may be observed.

The symptoms depend on the underlying cause. The metabolic condition of the patient and the current terminal illness can present different signs in different patients. Approaching death mostly starts with sweating with a cold body, fainting, dizziness, or lightheadedness. This happens when the body fights to maintain normal blood pressure. Some patients become drowsy when the brain is not getting enough oxygen. Unlike high blood pressure, hypotension is considered to be more severe, particularly because vital organs fail to receive enough amounts of oxygen and blood. For instance, the kidneys may fail to excrete waste from the body when there is blood insufficiency.

Although at the last stages, not all symptoms are common among all patients, most of them should be seen. If you want to be there for your loved one’s final moments, the best way to do it is to keep vigil. The end results of uncontrollable hypotension are shock and death.

Other Signs That Death Could Be Approaching

There are changes you can expect to see in adults and the elderly people the moment their bodies stop working. These may include cold feet, legs and hands, mottled skin, and changes in breathing. However, it can be harder to predict the same in teens and children. A patient with low blood pressure may present with other signs before death. Some of the signs that death may be imminent include:

The patient may look drained and tired so much that they find it hard to leave the bed. Here are other symptoms to expect:

Because symptoms are dissimilar among patients, some may not display all of them. Your patient also has high probabilities of experiencing hallucinations, especially of people they love. This can be comforting to them, so don’t try to convince them that they aren’t there. It would only make them upset.

In the last few hours of life, the patient may become restless and confused, so intense that they may begin to cry and climb out of bed. At this point, most patients suffer from shock: Shock is a life-threatening condition which can cause an abrupt decline in blood pressure. In turn, it can cause organs such as the heart, brain, lungs, kidney, and liver to fail. Soothing music, gentle touches from a loved one, and medication may be helpful.

Causes and Risk Factors for a Low Blood Pressure

Some medications may also trigger hypotension. These include beta blockers, water pills (diuretics), alpha blockers, Parkinson’s disease medications, erectile dysfunction drugs, and some antidepressants. All these can negatively affect the rate at which the heart contracts. Elderly people tend to be highly sensitive to some of these medications. This is because they are more susceptible to ill heart problems. High blood pressure medications can also largely contribute to symptomatic low blood pressure, especially in the elderly. Check out this page to see how Apple Cider Vinegar can help maintain a healthy blood pressure.

Other Conditions that Trigger Hypotension

The sudden drop in blood pressure when an individual stands from a squatting or sitting position can cause blood to settle in the veins. This is a process that causes little blood to return to the heart for pumping. The body automatically reacts by narrowing the veins and increasing the pumping rate to get more blood to the heart. People suffering from this condition do not have an active compensating reflex. Adrenal insufficiency, dehydration, diabetes, and prolonged bed rest can contribute to postural hypotension because they damage the autonomic nerves.

This is a condition whereby a healthy individual gets an episode of low blood pressure and can sometimes faint. This reaction is linked to emotions of fear or pain. They are triggered by the activity of the autonomic nervous system. The vagus nerve is especially believed to be the primary culprit. This nerve releases the hormones responsible for slowing down the heart rate and widening blood vessels. It also controls the functions of the digestive tract. This is why some people suffer from a vasovagal reaction during a strained bowel movement.

This is a temporary loss of consciousness and brief hypotension. It occurs during urination and is common among elderly people. It is believed to occur as a result of the release of hormones that lower blood pressure.

This is a severe bacterial infection caught in the blood. It can start from the lungs, abdomen, or the bladder resulting from gallstones or diverticulitis. In the blood, these bacteria release toxins triggering septic shock with damage to key organs. It is a life-threatening condition which can quickly lead to death.

This is a fatal condition that causes the immune system to release high amounts of chemicals, causing the body to go into shock. It can occur within seconds after exposure to something you might be allergic to. Here, your airways narrow and your blood pressure drops immediately preventing you from breathing normally. The signs include skin rash, rapid, weak pulse, nausea, and vomiting. This requires an epinephrine injection and an emergency follow-up. If not treated immediately, it can cause sudden death.

What to Expect Before Death

Oxygen saturation and blood pressure decrease as a patient approaches death. Impending death cannot be ruled in or out based on the vital sign changes. The final stages of life are characterized by many physiologic changes such as dysphagia, an altered level of consciousness, and weakness of the muscles. In addition, other symptoms such as respiratory rate, temperature, heart rate, and oxygen saturation may offer useful information on the time left.

Abrupt changes in the vital signs are considered to signal respiratory compromise or cardiovascular instability often related to life-threatening complications. If the hypotension is followed by shortness of breath, active bleeding or chest pain, treatment may be given during the diagnostic evaluation, and the patient is transferred to an emergency department. Should the patient be symptomatic, they may be in shock. This is a situation where organs do not function properly due to lack of blood supply.

Once the healthcare team determines that your patient has less than 6 months to live, they may recommend hospice care. This is a specialized unit for patients with terminal illnesses, those expected to die. In addition to pain relief, these units also offer spiritual and emotional support.

What is the Lowest Blood Pressure before Risk for Death in Elderly Patients?

Epidemiological population studies of randomized controlled trials show an inverse link between blood pressure and mortality in elderly patients. A reduction in blood pressure in healthy elderly people has been seen to improve cardiovascular morbidity. However, for older patients with functional disability and coexisting illnesses, including active cancer, low systolic blood pressure can cause adverse effects.

Several studies show that low blood pressure in patients aged 65 and above is linked to increased overall mortality. Hypotension is secondary to severe underlying ailments, which may have contributed to the low blood pressure, subsequently increasing the risk of dying.

The other physiologic change that is linked to aging is a decrease in autonomic function, which leads to the inability of adapting to a change in BP. Orthostatic low blood pressure in this regard has been said to contribute to mortality. For the older adults, antihypertensive medications should be stopped or decreased if the BP is below 140 mm Hg. If the blood pressure is 160 mm Hg or higher, treatment should be initiated or increased. For the frail elderly people with a short life expectancy, the BP target should be between 160 and 190 mm Hg.

As a patient approaches death, the body slowly begins to shut down. In the last stages, low blood pressure is reported to compromise the ability of the heart to pump blood normally. A sudden drop in blood pressure can be dangerous. Even just a drop of 20 mm Hg can cause dizziness and fainting once the brain fails to receive an adequate amount of blood and oxygen. Plunges caused by severe infections, allergic reactions, or uncontrolled breeding can lead to death.