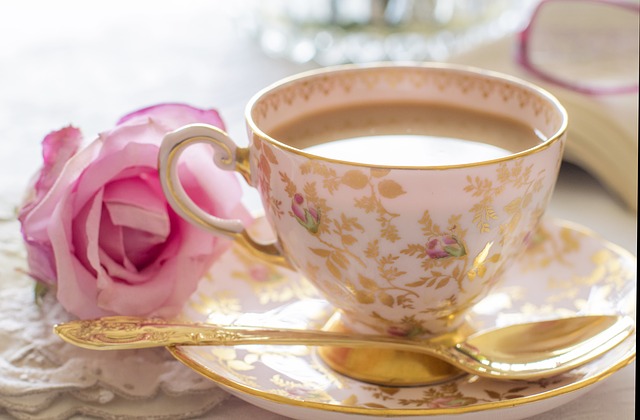 High blood pressure (hypertension) is considered the leading global mortality factor.  A high intake of dietary flavonoids has been linked to a significant reduction of cardiovascular disease (CVD) and blood pressure effects. If you are serious about controlling your blood pressure (BP), you are probably already ditching sodas, sugary sweets, unhealthy fats, and high-sodium foods such as canned soups.

All of these are notorious for packing on pounds, which hike up the risks of hypertension. But did you know tea can also boost the reduction of blood pressure? Mounting evidence suggests that due to its flavonoids, tea can positively impact vascular health. Epidemiological data support the consumption of tea to reduce the risk of CVD and lower BP. How does tea impact high blood pressure? Let’s find out.

What is High Blood Pressure?

Hypertension is the most prevailing form of heart disease, affecting about 20 percent of the population in many countries. Although it does not present obvious symptoms, high blood pressure raises the risk of leading life-threatening diseases, including stroke and heart attack as well as kidney failure, aneurysms, and cognitive decline.

Normal readings on the blood pressure monitor should be 120/80 mm Hg. The top number on the monitor represents the systolic pressure and measures the force at which the heart pumps blood from the heart to the rest of the body. The lower number represents the diastolic pressure, which measures the resistance to blood flow in blood vessels. Hypertension is defined as blood pressure above 140/90 mm Hg and diastolic pressure of 90 mm Hg and above. If the readings are 180/120 mm Hg, this is considered severe.  Often, high blood pressure has no symptoms, and if left untreated, can cause major health conditions such as stroke and heart disease.

After water, tea is the second most consumed beverage across the globe. In a randomized study conducted by Yi Ching Yan, MD, MPH that appeared in The Archives of Internal Medicine,the protective effects of habitual tea consumption were explored.

Tea has, for a long time, been used in Chinese medicine for its hypotensive effects. In recent years, researchers have sought to explore the role of flavonoids in tea and how they may protect against heart disease. Few of these studies have examined the long term effects of tea on high blood pressure.

In this study, 1507 healthy Chinese adults were used to identify the long term effects of drinking tea over an extended period. Due to the varying sizes of Chinese cups, each participant was asked to use one consistently and give details of the size of the cup they used, the amount consumed weekly, and how the beverage was prepared. The research was also keen on the type of tea taken, including oolong, black, and green tea. The three types of teas are produced from the same camellia sinesis plant. The only difference is the processing of the leaves.

The processing is what determines the content of the flavonoid and the type of tea. The subjects were young, with high socioeconomic and educational status. However, most of the frequent tea takers consumed more alcohol, were obese, ate a non-healthy diet, and smoked more than those who did not take tea regularly. After taking these factors into consideration, the researchers concluded that people who take tea regularly are less likely to develop high blood pressure.

Teas that May Lower Blood Pressure

Although following a balanced diet, taking antihypertensive medication, and engaging in physical activity can stabilize your blood pressure, drinking certain teas can quickly help in lowering the pressure levels.

Several studies show that hibiscus herbal tea is highly effective at stabilizing blood pressure due to its high content in antioxidants and anthocyanins. Hibiscus is a shrub that is rich in antioxidant compounds (anthocyanins). It is also known to contain cholesterol-lowering and anti-cancer properties. In Taiwan, this herb is mostly used to control high blood pressure. Just like cranberries, hibiscus has a tart flavor.

Prepare hibiscus tea by adding the herb in hot water and drinking a cup daily. Because its side effects are not known, you might want to avoid it during pregnancy and when breastfeeding. Also, avoid it if you have liver or kidney disease because it could worsen or interfere with anti-hypertensive medication. If you are taking hydrochlorothiazide (a type of diuretic used to treat hypertension), you are advised to skip hibiscus tea, since it could negatively interact with the drug.  Before adding it to your blood pressure treatment program, check with your doctor.

Several studies show that drinking at least 3 cups of black tea daily can lower blood pressure by about 3 points. Although this does not sound much, experts say that a reduction of hypertension by even a small number can make a huge difference in the prevalence of the disease and the risk of heart disease. Black tea has also been found to improve the function of the endothelial cells. These cells line the interior of the blood vessels. The flavonoids present in black tea have also been linked to reduced body weight and improved tone of the blood vessels.

Research shows that supplementing your diet with green tea can significantly reduce high blood pressure. Derived from the Camellia sinensis plant, green tea is made by pan-frying and steaming dried leaves and leaf buds of the plant. In black and oolong tea, the leaves are fermented. Although it is an ancient beverage, green tea is now more popular than ever, especially after modern science uncovered its beneficial compounds.

Green tea has been used for decades to treat stomach disorders, depression, inflammatory bowel disease, headaches, weight loss, osteoporosis, diarrhea, and vomiting. With its weight loss effects hogging the spotlight, it has now been ranked as a nutraceutical beverage. It is especially so, given that obesity can increase the risk of high blood pressure complications. There is some evidence on the effects of green tea on high blood pressure.

The Chinese research conducted showed that taking 120-599 mL of oolong or green tea daily was linked to a low hypertension risk. Different clinical analyses suggest that green tea extract can reduce the diastolic blood pressure by about 3.4 mm Hg and the systolic pressure by 3.2 mm Hg. Green tea has also been found to contain flavonoids that maintain a healthy heart. It also controls diabetes, chronic fatigue syndrome, low blood pressure, skin damage, kidney stones, and heals heart disease. If you are already taking blood pressure medications, be careful while using this tea as it could lower the readings till it gets too low.

Chamomile tea is an ancient medicinal herb mostly revered by the Greeks, Egyptians, and Romans for its relaxing and soothing properties. It is still used today to ease muscle tension, lower high blood pressure, and reduce stress. Because it contains relaxant effects, this traditional tea can lower blood pressure in the blood vessels.

The tea is derived from the flower heads of the chamomile plant and is rich in hypotensive and anti-inflammatory properties. These properties can further relax the walls of the blood vessels and promote the loss of fluids through the kidneys, thereby lowering blood pressure. The chamomile extract contains volatile essential oils and is a rich source of antioxidant polyphenols.

While there are medications designed for the control of hypertension, several natural remedies can be incorporated to help the cause. Ginger is one such remedy. It grows in warm climates across the globe and is more native to Southern China. It has a distinctly sweet flavor, a spicy herb that has been used by many cultures for medicinal and culinary purposes. Although many tout ginger as an element that increases the production of bile, there is no scientific evidence backing this. The only evidenced side effect is stomach upset or heartburn.

Ginger tea may help in lowering blood pressure according to several studies and could be as effective as some hypertension medications. This herb relaxes the muscles surrounding the blood vessels promoting blood circulation, which then helps to lower blood pressure. It contains salicylates chemical which acts as a blood thinner. If you have bleeding disorders, you may want to avoid ginger in high doses.

Widely known as black cumin or kalonji, the black seed oil is commonly used to flavor curries, bread, and pickles. It has also been used for decades as a remedy for different ailments, including asthma and high blood pressure due to its high content in antioxidant properties.  Taking the extract in the form of tea for about 2 months can reduce high blood pressure significantly.

It is also thought to contain anti-cancer and anti-fungal properties. These seeds have been found to have a possibility of increasing the effects of certain medications processed by the body through the cytochrome P450 pathway. Some of the medicines may include blood thinners and beta-blockers. If you take any of these medications, talk to your doctor before starting the use of black seed oil for blood pressure.

Produced from the bark of an evergreen tree native to southern Asia, Cinnamon is a popular and widely available seasoning. It has a long history of medicinal and culinary use and is said to improve health by preventing cancer, fighting infections, and lowering blood pressure. Animal studies have shown that cinnamon dilates and relaxes the blood vessels. It is also rich in antioxidants and anti-inflammatory properties, which can control hypertension. Its ability to control weight and blood sugars is also linked to its mechanisms of managing blood pressure. This is because diabetes and obesity are strongly correlated with hypertension.

Although high blood pressure can be controlled using medications meant for it, there are several lifestyle changes you can embrace to get it under control. Cutting down on salt is the most immediate step towards treatment, according to experts.

Here are 4 natural ways to lower your blood pressure:

Cut back on your salt intake and eat plenty of vegetables, low-fat diet, fiber, and fruits to lower your blood pressure. Salt heightens the levels of blood pressure. Eat no more than 6g (teaspoon) of iodine daily.

Being overweight means your heart has to work harder to pump blood around the body. In turn, this raises blood pressure levels.

Too much alcohol intake can raise blood pressure with time. If you exceed the weekly limits of alcohol intake, you are at a higher risk of developing hypertension. Because it is also high in calories, alcohol can cause your body to put on pounds, which can, in turn, increase your chances of suffering from high blood pressure.

Being active keeps your heart and blood vessels in the right condition and regulates blood pressure. It also helps you to lose weight, which also promotes healthy blood pressure. Adults should engage in a weekly 150 minutes moderate intensity aerobics. That may include walking or cycling.

Cut Down on Caffeine

If you are a big fan of caffeine and caffeinated drinks such as cola, consider cutting down.  For instance, if you take 4 cups a day, make it one daily.

Although smoking does not directly affect your blood pressure, it can introduce a higher risk of stroke and heart attack. Smoking narrows the arteries. If you are already suffering from high blood pressure, smoking can cause the arteries to narrow quickly, exposing you to lung and heart disease in the future.

With most people choosing to live a sedentary lifestyle, hypertension is now more common than ever around the world. Because experts recommend medication and lifestyle changes if you are thinking of trying teas or herbs for blood pressure, talk to your doctor first. Understand that hypertension is a silent killer without any particular symptoms. Although it cannot be spotted easily, several telltale signs should prompt you to get a checkup. These include breathlessness, frequent headaches, vision problems, and nosebleeds.