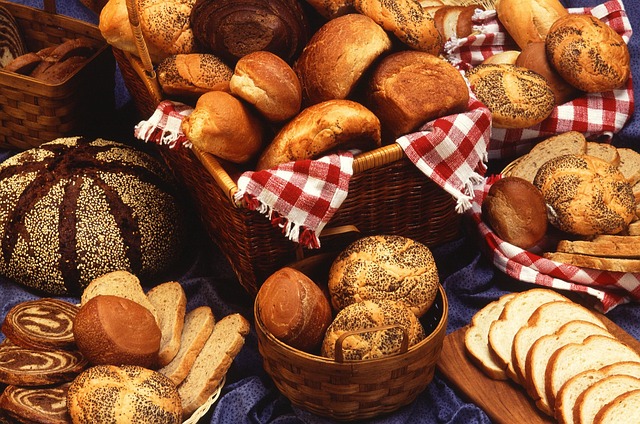 Currently affecting over 400 million people across the globe, diabetes is a chronic disease that has reached an epidemic level. Although it is a complicated disease, the right diet can help manage it and maintain good blood sugar control. If you have diabetes, it means your body cannot process carbohydrates effectively. Because both low and high blood sugar levels can cause severe harm, what should your diet look like and how can you get rid of diabetes?

Figuring Out The Right amount of carbohydrate

When carbohydrates are digested, they turn into sugars which then increase blood sugar levels. The focus of attention when you think about diabetes is the production of insulin. Insulin is the hormone that instructs cells in your body to accept glucose. Because your body runs on glucose, this is a critical function. All your mental and physical functions depend on proper regulation of the glucose.

Consuming too many carbs can quickly raise sugars in the bloodstream leading to complications such as stroke, heart disease, blindness, and amputations kidney failure. While there are way too many conflicting theories around the development of the disease, there is one undebatable fact: diabetes type 2 is strongly linked to high carb intake. Diabetics must, therefore, consume carbs moderately at each meal. Foods containing large proportions of carbs include starches (cereal, grains, pasta, rice, and bread), fruits and fruit juices, milk and yogurt, and starchy vegetables (corn, potatoes, beans, and peas).

Naturally occurring sugars are present in some foods, and others can be introduced in processed foods including sweets (cookies, cakes, ice cream, and pies) and sugary foods (soda, and candy). Foods with extrinsic or added sugars contain very few healthy nutrients. Those with simple carbs are broken down faster than is the case with complex carbohydrates. This then raises blood sugar levels very fast immediately after their consumption.

If you are looking for detailed information on how to reverse type 2 diabetes read on.  According to the meal plan created by the American Diabetes Association (ADA), diabetics should consume at least 45 percent of calories from carbs. The best way to manage and reverse diabetes is by going low on your carb intake. People with type 2 diabetes can slash unwanted pounds and get their blood sugar levels under control by reducing the intake of carbs. You may have heard about the ketogenic, Paleo diets.

While ADA advises diabetics to employ carb counting on a weekly or a regular basis, these two diets advocate for the ultra-low-carb consumption to manage the symptoms. The Keto diabetes reverse diet is highly restrictive limiting its followers from consuming no more than 20 to 50 grams of net carbs daily. It means cutting out legumes, fruit, starchy vegetables, whole grains, and dairy.

Because it is highly restrictive even on healthy carbs, it must be approached in a smart way for diabetic reversal. Once the health goal is reached, you could get back into a comfortable eating schedule. That could, for instance, be the standard American diet of saturated fats and sugar. By this time, you will probably be an expert in counting carbs, so gradually increase your carb intake post keto to reverse diabetes naturally.

With insulin only having been discovered in 1921, low carb foods were initially used as the standard diet to reverse diabetes. Today, many studies support low carb diets as the most critical aspect of controlling the disease. The optimal amount of carbs varies by individual. Be sure to measure your blood glucose before meals and after every 2 hours after eating. The levels should remain below 140 mg/dL. This is the point at which the nerves could potentially face damage. As long as you are within this level, you can consume between 6 to 25grams of carbs in every meal.

You can indulge in the following healthy low-carb foods to reverse diabetes 2.

Being a degenerative, debilitating disease, how to reverse diabetes depends on the elimination of its causal factors. It means learning to transform daily diet habits, mentality, and activity. How to get rid of diabetes is a question that can be answered in the context of a specific plan. Reversing type 2 diabetes without medication is only possible when the habits that exacerbate it are removed.

Although there are other risk factors associated with diabetes, their effect is marginal compared to the food you consume. Diabetes reversal is highly dependent on the understanding of foods that stimulate the repair mechanisms and food classes that produce nutritional stress. Despite there being no cure for diabetes, studies show that some people can reverse it.

Scientists support the ketogenic reverse diabetes diet as a means of stabilizing blood sugar levels. It is a diet known to restrict carbohydrates to up to 50 grams daily. When the body misses out on carbohydrates, it is then forced to break down fats for fuel resulting in rapid weight loss. The process also boosts the control of blood glucose.

Understand that processed sugary foods lead to a spike in glucose levels in your blood. Because your body can only handle occasional surges when high amounts of sugar become an everyday thing it begins to struggle to deal with that. Your pancreas is overworked causing it to produce less insulin. This then leaves packs of glucose in the blood instead of moving it to the cells. You can reverse type 2 diabetes in one week by cutting down the amount of sugars you take especially in the initial stages of insulin resistance.

With diet and lifestyle changes, diabetes is a condition that can be reversed. If you have already been diagnosed, a diabetes reversing diet can greatly come in handy. If you are one of the millions of people wondering how to reverse diabetes type 2, this guideline should help.