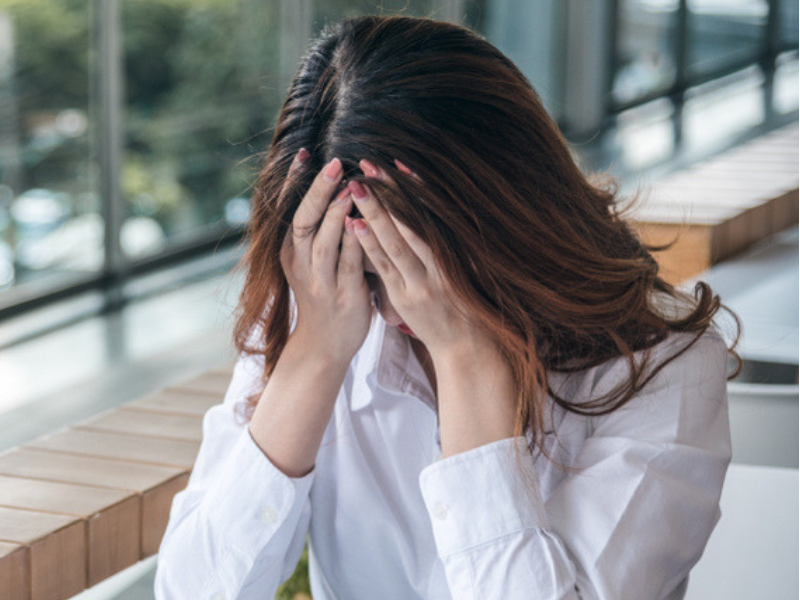 Anxiety is a natural emotion that encompasses the reactions human beings have to the threat of a negative or uncertain outcome. This type of reaction occurs before exams, when speaking in public, when feeling evaluated, in social situations, or before any situation that is threatening”, explains the Spanish Society for the Study of Anxiety and Stress the anxiety crisis appears abruptly and reaches its maximum expression in the first ten minutes, during which time at least four or more of the symptoms described above occur.

Anxiety is an alert system for situations considered threatening, and its function is to mobilize the organism, keep it alert and ready to intervene in the face of risks and threats, so that their consequences are not produced or minimized.

Anxiety improves performance and adaptation to fear, and also acts as a system of prevention and defense.

“The problem comes when the psychological and physiological activation that accompanies this response reaches very high levels, and this translates into physical and psychological symptoms that compromise health,” says the expert.

But what are the factors that make this mechanism work in an altered way? There are three: predispositions, triggers and maintenance; the latter are closely linked to the management of anxiety. In the predispositions there can be biological elements, some of them genetic, personality or environmental.

In other words, there are people who have a more sensitive alert system, on the one hand, and more complex to deactivate once fired, on the other. In a certain sense, they are people who regularly find themselves in a kind of pre-alert that conditions their disposition towards the environment -external or internal-, the warning and registration of certain events and the prefiguration of a type of response -defensive- as more probable.

As far as activators or triggers are concerned, the Clínica de la Ansiedad in Barcelona points out those situations or events that are experienced as overflowing with our resources; life events with serious consequences or that require important adaptive efforts; obstacles to achieving achievements or that limit our capacity to reach or maintain them, and the consumption of stimulants or other drugs.

The same sources refer that, basically, anxiety comes from two main types of problems: in the first place, from the possible obstruction or hindrance of plans, desires or needs, still in development, the achievement of which is important or necessary for us. For example, passing an exam to gain access to a job.

“Secondly, the possible deterioration of objectives that we have already achieved, achievements that we already have or that form part of our status. Thus, we would perceive as threatening the loss of health or work.

As for the maintenance factors, there is the fear of fear; the loss of conditions or faculties, due to anxiety itself, which makes it difficult to face problems; the attempted solutions which are counterproductive; the problematization of initially non-conflictive areas, as a consequence of anxiety itself; the insufficient or erroneous confrontation of the problems which originate anxiety and the establishment of phobic mechanisms.

This last group is triggered because the original problems of anxiety are not resolved satisfactorily, or when the anxiety reaches limits of disorder.

“Normally, if one has not come to have anxiety problems of sufficient importance, general advice can be given to prevent it, but if the alterations are more serious, they require specific professional treatment”, indicates the clinical psychologist. On the one hand, it is necessary to learn how to manage anxiety and, on the other, to learn how to manage the sources and causes that originate it and, among the main guidelines to follow, the psychologist cites the following:

Instead of hyperventilating, it is recommended to practice abdominal breathing: breathe in calmly for several seconds and then breathe out slowly.